From the 13th of November 2009 to 14th February 2010 the exhibition “Gender Check – Femininity and Masculinity in the Art of Eastern Europe” is exhibited at MUMOK, Museum Moderner Kunst, Stiftung Ludwig, in Vienna.

Gender Check is a project initiated in order to highlight on the 20th anniversary of the the revolution, or fall of iron curtain, in Eastern Europe, with a gender perspective. The curator Bojana Pejić, from Belgrade, has been asked to put together the exhibition by ERTSE Foundation.

The research project Gender Check also had, and still have I guess, the ambition to put gender issues in Eastern Europe in focus, since questions about inequality and gender structures have problems to compete with other issues, such as the financial crisis or climate change for instance. Still, gender has, as many knows, an huge impact on everyday life and on those issues mentioned above. During six month Gender Check commissioned researchers from 24 countries to collect East european official and unofficial art from 1960s to the 1989. The exhibition “Gender Check – Femininity and Masculinity in the Art of eastern Europe” at MUMOK is the result of their joint efforts.

Thus there was a kind of vicious “pre established harmony” between the naturalized ideology of a sexist and patriarchal society which manifested itself in its practices and denial of these discriminative practices on the declared level of the official ideology. A similar structure was in operation in every marginalized social group, preventing it from fully realizing its own marginality and effectively obstructing any resistant practices (the position and consciousness of the Soviet working class being probably the most striking example of the consequences of such perverted ideological twists).

According to AFP president Dmitry Medvedev has announced that he will submit a new bill for human activist organizations and NGOs in Russia. It was in 2006 that Vladimir Putin, then president, signed a legislation on that all NGOs had to registrate at the state and an increased control of their financial situation. This was one of the actions then-president Putin took that made EU and other countries to worry about that democratic development of Russia. Even though this is a step in the right direction it is yet to be showed if president Medvedev will be able to hold his more liberal approach.

On the 19th of November the two Prime ministers from Russia and Ukraine, Vladimir Putin and Yulya Tymoshenko, decided in Jalta on a new agreement on the gas delivery from Russia to Ukraine. This agreement could possibly make it easier to avoid a verbal conflict between the two countries about the gas deliveries and calm down a nervous EU that are depended on gas deliveries from Russia through Ukraine. The countries have had a pretty rough time during the past several years to agree on how much it should cost and how much gas should be delivered. Ukraine has during the international finical crisis reduced their needs in gas and one brick in the quarrel has been if Ukraine could got permission to cut gas – or if the “take and pay” solution would increase the burden on Ukraine’s already weakened economic situation. But after this agreement, both the population in Ukraine, and EU, could draw a sigh of relief. It is now also possibly that both Russia and EU hold Tymoshenko as a favourite candidate for the presidential election on the 17th of january 2010.

The banner says: “The Prime minister Yulya Tymoshenko will adress Ukraine on the eve of Day of Freedom”, which is 22th of November.

But I, that in many senses are such a misanthrope, must complain some. Both the countries should make some more fuzz over to the report from Wold health Organization that revelas that HIV/AIDS still is a matter in the countries. There is about 1% HIV infected in Russia, and even more in Ukraine, 1,6%. WHO also estimates that the figues of infected in Eastern Europe as a whole, actually rose, but worldwide it actually dropped! From mine point of view, that is something really important for the two countries Prime ministers to find agreements on how to solve!

The hip-hopera “Cops on Fire” have the first night of performance on the 4th of December in S:t Petersburg. The music is written by Alexander Holenko, also known as Sasha Dza or Dzhem, who also is the founder of the label how2make. The director is Yury Kvyatkovsky and the creative producer Sasha Pas.

The creative association Le Cirque de Sharles La Tannes stands for the performance. Some probably remember their interpretation of the Russian author Victor Pelevin’s short story “The crystal world”. You can watch a clip from that performance under the cut.

The press release about “Cop on Fire” tell us is an experimental project and result of creative confluence of theatre culture and contemporary youth music. The creators decided to call the genre of their creation «hip-hopera». Hip-hopera = live hip-hop arias + original decorations + tricks + choreography.

END_OF_DOCUMENT_TOKEN_TO_BE_REPLACED 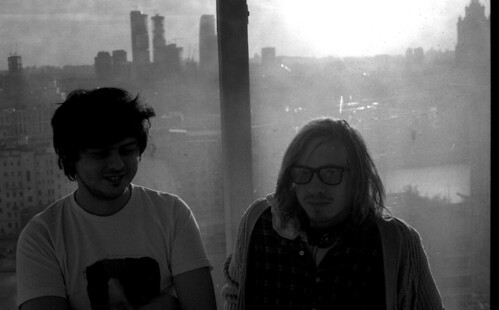