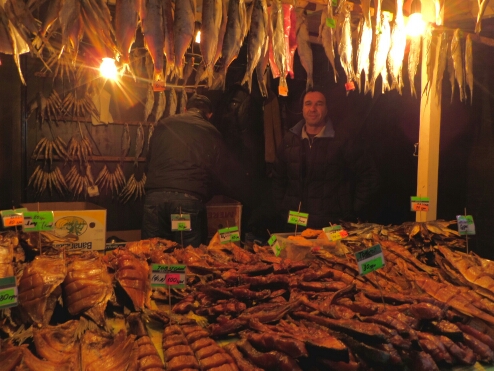 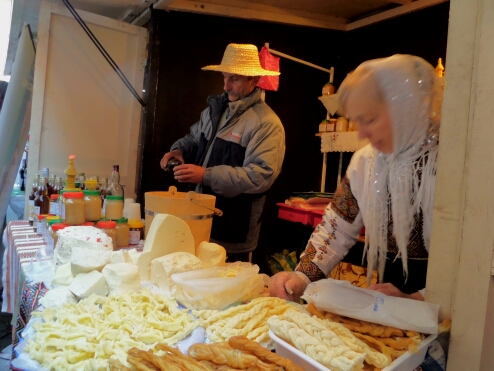 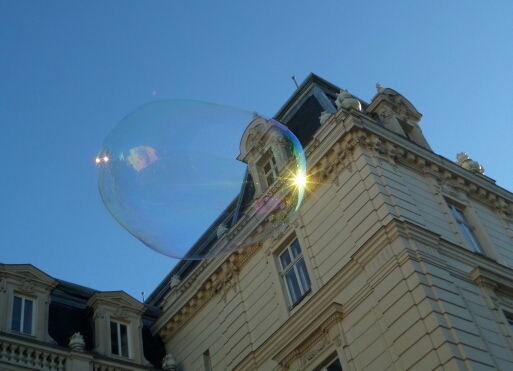 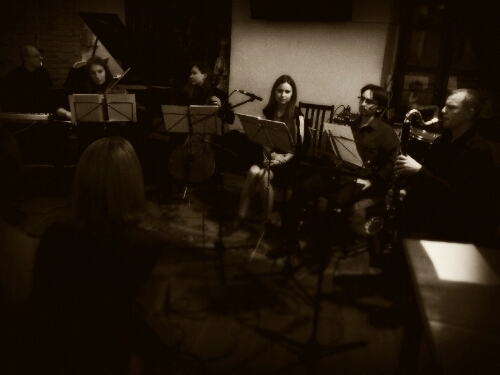 Lenin and the void
Translated by Reilly Costigan

Everything is different now; things will never be the same.
‘You shouldn’t be so gullible,’ sometimes I say to myself, ‘especially when you’re dealing with government officials.’ I remember one time back at the end of February we were sitting around and listening to the vice governor and some sort of architect who were insisting that it’s impossible to simply waltz over to Freedom Square and dismantle the Lenin monument because he’s too heavy—he’s made out of solid bronze, cables are hooked up to him and upon falling he could crash through the ground into the metro. They were like, ‘here are the drawings and maps, take a look for yourselves.’ In short, it’s impossible; there’s no way.

‘However, you have our word that we’ll take him down. We’ll do all the work, in a proper and civilized manner,’ they said. ‘Ok,’ we relented, ‘we also want everything to be done in a civilized manner. Go for it; dismantle the monument—we’ll be right here, waiting. Moreover, you signed a paper, made some promises and convinced us of your sincerity.’ It’d be interesting to know where that document is now. And how that architect felt when the monument fell and everyone realized that it’s empty inside. Was he surprised? Was he incredulous? Was he already well-aware of this? Well, what about their signatures, a sense of responsibility, arguments and facts? What about the architect’s conscience, if indeed he has one?

We should have gotten used to their lies long ago. They’re constantly bluffing, wheeling and dealing, trying to outsmart everyone, trying to slip by unscathed, get themselves off the hook and hang onto their cushy jobs, no matter what. In that sense the Kharkiv city council members have really distinguished themselves; they’ve had to muddy the waters and overcomplicate things so much, striking deals, making promises and lying over and over again, their each and every word being a lie, all while realizing that nobody really believes them anyway. All of that just to wind up in a wheelchair parked by the toppled, empty monument. (Translator’s Note: the Mayor of Kharkiv, Hennady Kernes, was attacked this past April; he’s currently in a wheelchair).

I’m not engaging in Schadenfreude, by no stretch of the imagination. I’m simply asking for the nth time—who’s going to take responsibility for all the misery inflicted upon Kharkiv by the government during this past winter and spring? Who’s going to take responsibility for their treachery, fear and greed? Do they actually think that in time everything will blow over and be forgotten? But it won’t just blow over. And it won’t be forgotten. Every broken promise and bluff will undoubtedly fuel an unruly crowd of deceived citizens who will simply stop listening to their leaders. What’s the point in listening to someone who doesn’t speak the truth?

Numerous times I’ve come into contact with citizens who are supposedly trying to protect monuments. Here are their arguments—nowadays statues aren’t the most important thing; taking them down won’t change a thing and our lives won’t get any better by doing so. Don’t provoke anyone; it’d be better to do something useful with your time. I wholeheartedly agree with them, since dismantling monuments doesn’t change a thing. However, it does change the underlying justification for doing so—people’s desire to cure themselves of historical and political schizophrenia and remove themselves from the twilight zone. They no longer want to live someone else’s past, someone else’s history and they’re willing to forge on, abandoning an ideology imposed upon them by someone seeking to satisfy his thirst for power.

Lately, there’s been a lot of talk about the significance of symbols and emblems and about deglorifying idols as this implies that inevitable change has taken place and totalitarianism, as a latent form of societal self-identification, has been wiped out. Instead, I’d like to put it simpler—what should have happened long ago has finally happened in Kharkiv. It just could have been done in a much easier and calmer way, leaving the disc grinders and ski masks at home. But we’re not used to taking the easy way out. Isn’t that right, Mr. Kernes? You all just have to keep playing musical chairs with different interest groups, handing out promises to certain ones without turning down others, clinging onto your posts like there’s no tomorrow and desperately trying to ride your tried and true wave of populism and political favoritism for as long as possible.

Well, it’s just that everything is different now; things will never be the same. They’ll have to deal with those they generally just ignore and take advantage of. The tide has turned for all of you, for your whole system and for every little cog in the system. We’re not only talking about trash cans where your friends from the past are being stuffed. We’re not just talking about lustration, new elections, lists and voting districts. We’re talking about how over the past year we’ve been able to see what you’re made of, what’s inside. You’re empty. There’s no trace of bronze to be found.