From now until 11th of january I will only post sporadically. I will however try to post a review of one of Sholem Aleichem‘s novels (the post will be in English). 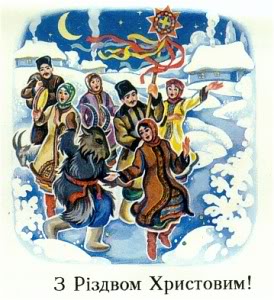 I therefor want to wish you A Very Happy New year, Holidays and Christmas! 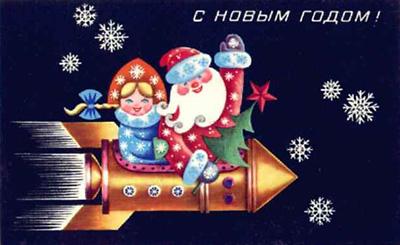 I also would like to add that I will be in Kyiv from 26th of january to 9 of February. If you want to meet, talk about viewpoint-east.org or anything else likewise, please write me a email. 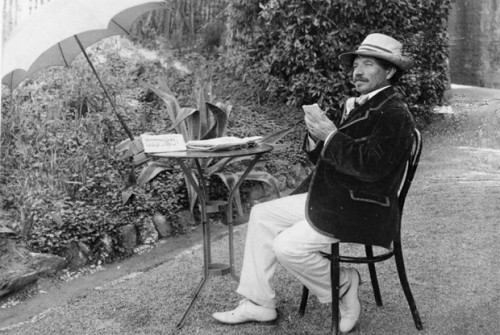 The movie “The Eve of Ivan Kupala” is perhaps one of the most intrigues movies I have ever seen. The movie is based on Nikolai Gogol’s short story “The Eve of Ivan Kupala” (or “S:t John’s Eve” in translation). I did read the short story by Gogol a couple of years ago, but can’t say my imagination was able to create anything like this movie. The director, Yuri Ilyenko, has made a very independent interpretation of Petro’s pact with the devil, or what is thought to be the devil.

Petro’s meeting with the devil at Bear’s Ravine

The story is, as I told above, based on a short story by Gogol. Gogol has in his turn interpreted and collected Ukrainian folk tales. The story circles about the poor peasant Petro that falls in love with Pidorka. She is much richer than Petro, and her father disagree to their love. Finially her father forbid him to ever see her again, and Petro tries to make everything in his power to see her. He gets so desperate that he makes a pact with a stranger in town, that possibly could be seen as the devil. To make a long story very short, Petro agrees to blood shred in order to get the gold so he can get his Pidorka back. After protests he agrees to kill the child, in order to get the gold. Petro wakes up after two days Petro, unable to reember how he got the money.

Yuri Ilyenko has created a nonlinear masterpiece, with very little dialogue. He has left a lot of space for your own imagination and interpretation. But the fact that it isn’t easy to follow only makes the narration more complex and intrigues.

The movie was made in 1968 but wasn’t released until 1989. I believe it could be because the spoken language is Ukrainian, which was rather controversial to use in Soviet days. If anyone can fill me in why this movie was “forgotten” about for so long, I would be more than thankful. I can’t find much info about the movie, even though I have been looking almost everywhere.

Feel lost in the drama of Ukrainian political life? Never knows who is who and always sits with endless google-lists and wiki-links never know what is right or wrong? Try Who is who in Ukraine. I can’t anser for everything they write, but it is a great guidance for someone with limited knowledge in Ukrainian.

Yesterday I wrote a short summery on what has been said in Swedish media about Swedbank’s engagement in Ukraine. Today I will continue with a possible interpretation of why Swedbank stays in Ukraine even though they loose a lot by staying.

On the 12th of December Dagens Nyheter, one of the leading newspapers in Sweden, denoted that Swedbank not only looses a lot by staying in Ukraine, but possibly also having a very unique position in comparison to other international banks. Through the the Finicial Cooperation for the World Bank, IFC, Swedbank has got a loan on about half a Billion Swedish Kronen (≈€48 000 000). And even the fact that Swedbank actually violates and working on a high risk level, IFC have no intension in breaking their cooperation with the Swedbank. For instance, 42% of Swedbank debts are risky or even bad. Moreover, the bank also has too much exposure and loans to one single customer. It is however not clear who it is it, but several observers mean it is Sergey Tigipko. This is a clear violation against the agreements with IFC. All this is very agrivating facts and also leads us to the question why Swedbank stays in Ukraine.

Knut Kainz Rognerud imples in his book Det stora bankrånet (The big bank robbery) that Swedbank, and many other Swedish banks, did in fact make the crash in the global finical crisis bigger because the banks gave unwise and very unstable loans. One might ask oneself if this could be the irony of it all. Today it looks like the banks are losing and actually risking a lot, but in a longer perceptive Swedbank will possibly be one of the only international banks left in Ukraine – and will possibly own a great deal of Ukraine’s resources. I would say that this interpretation is not too paranoid, but are only based on the simple fact, that no bank will stay in Ukraine just from pure generosity. Of course they have a greater plan with their engagement, possibly not a “scheme” but at least a plan. And that plan is not open for either of us, but concerns our well-being.

If you have any comments of thought about this let me know. It is possible you have some information I have not, and I would highly appreciate if you would share it with me.

This is an article for my Ukrainian readers that may be interested in knowing how the discussions goes in Sweden about Swedbank’s engagement in Ukraine. I will focus some on how the debate has been going, and I will continue tomorrow with an interpretation on how one can see Swedbank’s engagement in Ukraine and what one can fear from their present and future actions.

A couple of weeks ago I had a chat with a friend from Kiev/Kyiv about the financial crisis and the effects on her own business. I was rather stunned when she said that Swedbank was considered to be one of the good banks, or even “good guys”, since they were staying in Ukraine and didn’t try to escape from the financial crisis. I was stunned, because I thought people in Ukraine (and in the Baltic states) wanted to get rid of banks as Swedbank. This was actually caused by my understanding that banks, as Swedbank, played a very important role in increasing the financial crisis among those countries.

The tone and the degree of irritation has been much greater in Sweden than in Ukraine. Many Swedish newspapers has during the past year written articles that actually focus on how Swedish banks could, or even should, withdraw their interests for Ukraine and the Baltic states. Swedbank has the greatest capital and loaning in Ukraine and the Baltic states among the Swedish banks. This have made them rather exposed for Swedish critic in media. This has been compromised with Swedbank’s rather daring attitude, for instance with buying Kommerzbank in 2007, which has been a course of irritation among media and Swedish small investors. It is actually possible that Swedbank’s action just didn’t fit with Swedish values, such as to be humble and trying to avoid all negative attraction to oneself. But the purchase of Kommerzbank could also be seen as a millstone for the bank. Swedbank is in a rather deep dip and the downward spiral never seems to end and the Kommmerzbank purchase haven’t made their situation better, but rather worse!

My interpretation is that Swedish savers have been rather critical against Swedbank’s refusal of giving up their Eastward investments, and mainstream media have not been helping the situation much. Last week the state owned television, Sveriges Television, had a reportage about a Latvian farmer family that had to leave their farm, slaughter all their animals and sell all their properties to be able to pay Swedbank back. But even so, their debt to Swedbank was still around € 96 000. These kind of stories are pretty effective in Sweden I’d say, especially because Swedes in general never wants to be villains that rob people in other countries, that possibly have a much tougher situation than ourselves. Swedes are used be the “good guys”, and being a brick in a great global economic war on high financial level, leaving many as losers and rather few are winners.

The above recounted story are however a rather fresh element in Swedish media. The main focus was previously on how Swedbank’s actions could affect Swedish investors and the labor force in Sweden, without little account on a global scale. From a personal point of view I appreciate that Swedish media has been able to change their perspective and not only showing concern for the well-being of Swedish investors and savers.

But I can also see several problems with having a negative focus on Swedbank’s engagements in Ukraine, since it could discourage other investors. Especially in regard to what I mentioned above, no Swede really wants to be depicted as the bad guy. But even so, we might also ask ourselves why Swedbank think it is so important to stay in Ukraine and Baltic states? You do not need to be too conspirotial to believe that Swedbank have a greater scheme by staying. I will therefor continue the discussions tomorrow and highlight Knut Kainz Rognerud’s book “Det stora bankrånet” (“The big bank robbery”), and how he urge that banks, as Swedbank, actually made the financial crisis greater in Ukraine and the Baltic states.