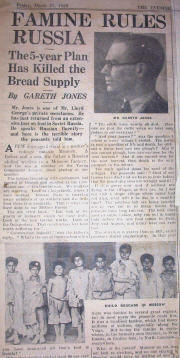 I can’t say I am the kind of person, and also journalist, that regularly takes part of what the “old media” (“gammelmedia” in Swedish, as the Swedish Pirate Party’s party leader Richard Falkvinge call the traditional media) but every now and then I actually listen to BBC online. But during the last two months I have avoided it and that has been in a vain try to escape documentaries about 1989 and the Fall of the Berlin wall. No, this is NOT because I am in some kind of weird sorrow over the fall of the wall, but because I actually objects against that total prevail of interpretation the “old media” actually has and takes. Yesterdays whining about Peter Day, is actually how my irritation could be … designed.

This is why I am so really, so very proud to be able to introduce a project for you that really problematizes the idea about what actually happened and still are happening after 1989!

Former West is a project with the intention to criticize our apprehension of what have changed in ours societies since 1989. They claim that now only Eastern Europe have change, but also Western world. For many of us it seems like a rather obvious reflection, but it is also all too clear that, simultaneously, we somehow imagine the changes after 1989 as Eastern Europe went through a paradigm shift, while Western world stood still and entire. Like Eastern Europe must learn everything like a little child from the educative and nursing mother, the West. The more you think about it the more absurd it gets! I am actually rude enough to claim that the considering part of (former) Western politicians, bureaucrats, journalist, professors etc etc have swallowed an interpretation like that, just because it it is easier and more convenient – in that way they don’t need to reconsider their positions and so called reality.

I have to admit this is a simplified version of the project and I do not claim that I am even close to the complexity of their dimensions. And I do admit that also I every now and then forgets and sometimes calls Former Eastern Europe, just because it is easier to explain what geographical area I’m actually talking about! But even so, I am so glad that projects like Former West actually exists. We need them! Oh, we need them far too much! However, I just hope that one day we won’t need them as much …

Listening to BBC World Service and Peter Day’s interview with Borys Luzhkin, I get if not irritated but at least a bit tired. He introduce the interview by asking Luzhhkin how he could be such a great entrepreneur when he was born and raised in Soviet Union. *sighing* When I look around me I often see much more creative, ambiguous and innovative people outside Western Europe and US, and when I come to Kyiv, for instance, I often get stunned with new ways of thinking and developing, for instance, in media, such that is required of an entrepreneur. In general, I believe it is Western Europe (and etc) that is rather retarded and not very creative in that respect. Yes, sorry, Peter Day, that even includes you : )))