Yesterday it was Night of Museums in Moscow and viewpoint-east.org went to Proekt Fabrika. I made an interview with Nick Ohkotin, independent book distributor Berrounz, owner of Proekt OGI bookstore and Interbok in Stockholm such as one of the team heads of Moscow International Open Book Festival. This interview will be published later.

Below you see a (very) short clip from the Black Market, that was situated at the yard at Fabrika. Wonderful atmosphere with friendly faces, tasty wine and many interesting books and other items for sale.

I received the information from the campaign Stop Robbialac today, that the company Robbialac has withdrawn their colour “Vermelho Estaline” (Red Stalin) from their catalog. viewpoint-east.org has previously published Stop Robbialac’s protest letter. Here is what they say.

Robbialac would like to clarify that it was never our intention to offend the victims of Stalinism.

Therefore, in order to avoid any doubts about the issue, Robbialac decided to withdraw suppress the color designation “vermelho-Estaline” and “vermelho Rússia”, from the colour cards where they were mentioned.
Robbialac operates in the Portuguese market for 79 years, and has always maintained a thorough respect for the consumers and employees.

This is an open letter from the blog Stop Robbialac.

Recently, a Portuguese painting company, Robbialac, has created a brand new color, with a name of “Vermelho Estaline” (Red Stalin). Decision of its own management and creative department can be verified in company’s Web products catalog (page number 8, right side, down of the page). 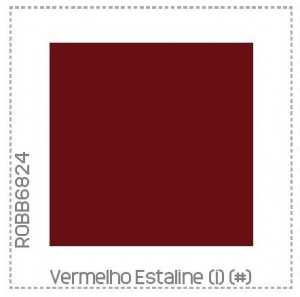 Personally, I have consider this decision as a cynic and sinister way to obtain commercial gains based on inhumane suffering, blood and tears of millions de citizens of Central and East Europe, Central Asia and Caucasus.

Also, I have deeply doubt, that Robbialac managements hasn’t no information about horrors of Ukrainian Holodomor, massacre of Polish officers and civilians in Katyn or about system of Soviet concentration camps, generically known as a GULAG.

Based in all this data, I assume me personal responsibility and duty to not buying any Robbialac products, till a company will take of the market this genocidal paint and will publically ask for forgiveness, to millions of victims of Stalinist tyranny in Europe or in any place in the World.

Permanent address of this news
http://stoprobbialac.blogspot.com/2010/04/stop-robbialac-stalinism.html

About this civic campaign on CNN 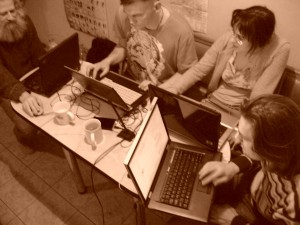 I will come to Moscow on the May 12. I have been invited to hold a seminar about “Social Media and Gender” at a workshop, that belongs to a joint venture project between IREX and FOJO. The workshop is funded by SIDA. 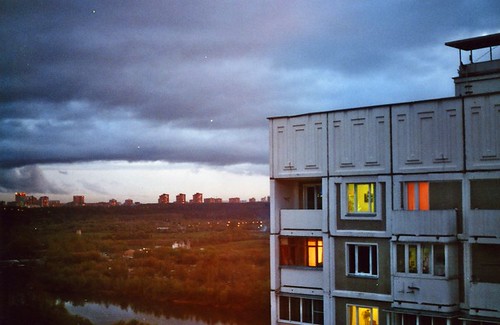 Moscow sky by me.

‘Off with her head!’ the Red Queen shouted at the top of her voice.  Nobody moved. ‘Who cares for you?’ said Alice,  (she had grown to her full size by this time.) ‘You’re nothing but a pack of cards!’  At this the whole pack rose up into the air,  and came flying down upon her.

Two cards from two different packs… Sorry, two members from two different commissions called me on Tuesday and informed me that they cancelled my registration for the coming elections to the City Council. The pretext they found was the distributing of green balloons to children. The balloons were given out outside my election precincts, and naturally they did not carry my name or any other names. Apparently, the commissions were running out of time (the elections are due in five days), so they were ready to declare a violation any action of mine. If not balloons, I could have been banned from the elections for a green scarf.

Vitebsk from 1912. From wiki commons.

The three persons who signed the petitions urging to punish me are not from my precincts. I also strongly doubt that they wrote the petitions themselves, not just signed the ready-made text. One of them is the Chief Manager of Municipality Branch #9 in Vitebsk.The second is a woman named Tatiana Tadeushevna Andreieva living at 68-4 Pravdy Street. As for the third person, we know only the last name (Starikovich) and partially the residence address (76 Moskovski Prospekt). However, in the court we will surely learn the full information about the signers and will publish it.

So now authorities consider me not eligible for the elections. But how much ‘elective’ the elections have become, how much of fair elections is left in this staged cricket game? The pro-governmental candidate, Mr. Bashmetov, has shamelessly been making use of his administrative position. Being the Rector of a government-controlled university, he used its premises for meetings and its faculty for organizing the meetings. The students were forced to go to the meetings, sometimes instead of classes. For high-school graduates Mr. Bashmetov was promising almost free admission to the university, if only he becomes one of the ‘deputies’. To crown it all, with the term exams coming many female students were ‘strongly advised’ to take part in concerts and cheer actions for Mr. Bashmetov’s promotion.

The government-staffed commissions reviewed his slanderous complaints against me practically immediately. At the same time only one out of my six complaints of April 14-20 was reviewed. The resolution signed by Mr. Miadelets, the Chair, read ‘a number of solutions have been found which now satisfy all the parties involved’. Besides the fact that no real solution was found, the resolution definitely implied that I am not a party involved. Needless to mention, the other five complaints of mine have never been reviewed.

‘That’s not a regular rule’, Alice remarked, ‘you invented it just now.’
‘It’s the oldest rule in the book!’ cried the Red Queen.
‘Then it ought to be Number One,’ said Alice.
The Red Queen turned pale, and shut her note-book hastily.

Why the officials are changing even their own rules so hastily? What are they scared of? I have no doubts the reason was the number of my representatives. Suddenly the packs (sorry again, the Commissions) got it right that our team will do everything necessary to properly monitor the counting of votes. Their hopes to reach their own goal set from the top were suddenly jeopardized. Fair elections would definitely mean failures of pro-government candidates.

I am addressing to all citizens who were going to support me: show your attitude to this staged game which officials call ‘elections’. You can do it in two ways:
1. You can just ignore the game. Do not come to the election precinct. Why waste time, if the result is fixed and forged anyway? To give officials an opportunity to give their decisions a label of ‘working people’s will’? To let them reduce social security, to raise taxes and utilities, to do nothing about real needs, and call it ‘fulfilling the working people’s orders’?
2. You can come to the election precinct and cross out all the names, then write ‘For Karach’, and put your ballot into the ballot-box. This way you will show the Red Queen and her packs that you are not a pawn in their games, where rules are being changed at will (maybe even as a result of a schizophrenic reaction). You will show that you are a human, and you demand the right to choice. Both ways are good, though they differ in openness, of course.
END_OF_DOCUMENT_TOKEN_TO_BE_REPLACED