On International Women’s Day viewpoint-east.org focus in an very important question concerning gender equality and human rights! The essay is written by Maria Nilsson, that has written two other articles on viewpoint-east.org before, read them here or here.

I was in the beginning of my twenties and this was only my second visit to the countries called the former Soviet Union. My first visit to Ukraine had resulted in an instant love with everything from the people to the Soviet architecture so when I was admitted to a summer course hosted by a Swedish agency I was more than pleased. Sitting in the, despite the summer temperature outside, cold classroom and listening to a lady with the title Head of the Social Department in the city, I was a little bit less pleased and a little bit more annoyed.

To start with not by the lecture but by my fellow Swedish “classmates” behaviour the last few days. I was the youngest in this course and by everyone’s standards by far the most boring. It appeared that this course was nothing but an opportunity for middle aged (and probably middle life crizing) Swedes to excess in cheap vodka drinking and flirtations. The dead serious “20-something Russian language student” was not their idea of a fun crowd. Therefore my attention was not directed to the comparatively ordinary very Russian looking woman giving the lecture until she uttered the sentence that I will never forget and that has come to follow me in life “If he hits you he loves you”. 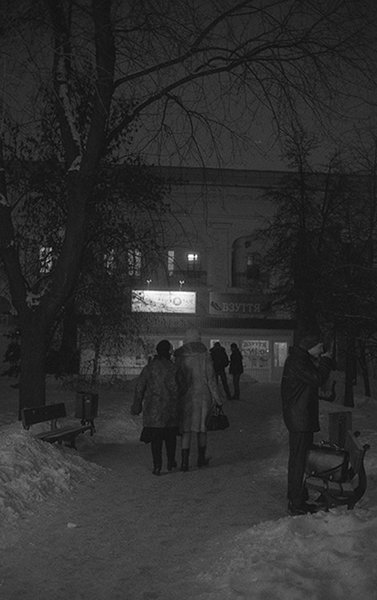 As I remember it the lady made this remark upon a question from the audience on how the authorities is battling the high instances of domestic abuse in this country. At that time I was not fluent in Russian and had to wait for the translator until the full meaning of this remark came over me. “If he hits you he loves you”. If this was the official view on the domestic violence I will never know, but as I have come to travel to and live more in the former Soviet union I have realized that domestic violence is not something you address openly at any level.

Several years later, and following the knowledge of working in a women’s rights organisation for a few years, I now strongly believe in the notion of gender based violence being sedimented in the same structures regardless of its occurrence in the middle class Swedish family, the illiterate couple in Africa, a family from Middle East or somewhere in the former Soviet union. It is a question of power and the fact that women are considered by societal structures to be subordinate men. Hence the way in which this problem is addressed by society is determining the ability of preventive measures and support system of the abused women. If society in general shares the idea of “if he hits you he loves you” then there is indication that the problem of domestic violence is considered to be exactly a domestic problem, where the authorities have no mandate to interfere and problems occurring in this sphere should also be resolved within the private walls of the home.

Travelling and living in the former Soviet Union I have come to realise two things; there are very few women’s shelter outside of the big cities and secondly, many women blame themselves for being abused as well consider the husband or boyfriend to be the “real” victim. In example “I did not make him proper supper”, “He can’t handle not having a job”, although the latter is not different comparing to other contexts.

I have met women behind the phrase “if the hits you he loves you” and I don’t think that Elena after being repeatedly abused by her alcoholic husband and after which he in a drunken moment threw her little girl off the balcony, would ever consider this phrase to be correct. Her bruises both inside and outside will never permanently go away. The husband was not even sentence to jail. Elena herself did not believe that she deserved anything else and found herself in yet another abusive relationship believing that her life was over long before it should be

Discussing gender in development cooperation and foreign relations is often about gender mainstreaming and so called gender perspective. The question is if this is enough? More attention must be paid to domestic violence and start treating it as it is – a violation against human rights.