The motto “violence begets violence” seems, sadly enough, to be confirmed a day like this, the day after the bombing in Moscow metro. While my thoughts goes to all those innocent victims that this conflict seems indefatigably rearm, I would like to remind you about the essay The Russian Chechen Conflict factors that triggered the conflict to become an armed conflict in 1994-1996 and then again in 1999 (divided in two part) that Anders T Carlsson published here previously. Part I and Part II. To deconstruct and get a deeper understanding, can actually imply a better possibility to defeat anger and fear! 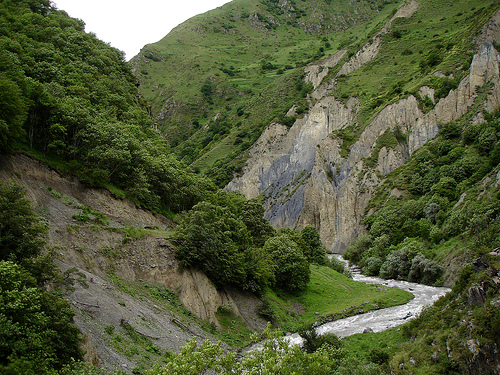 Photo from Georgia, near the Chechen border. Thank for photo from cinto2.